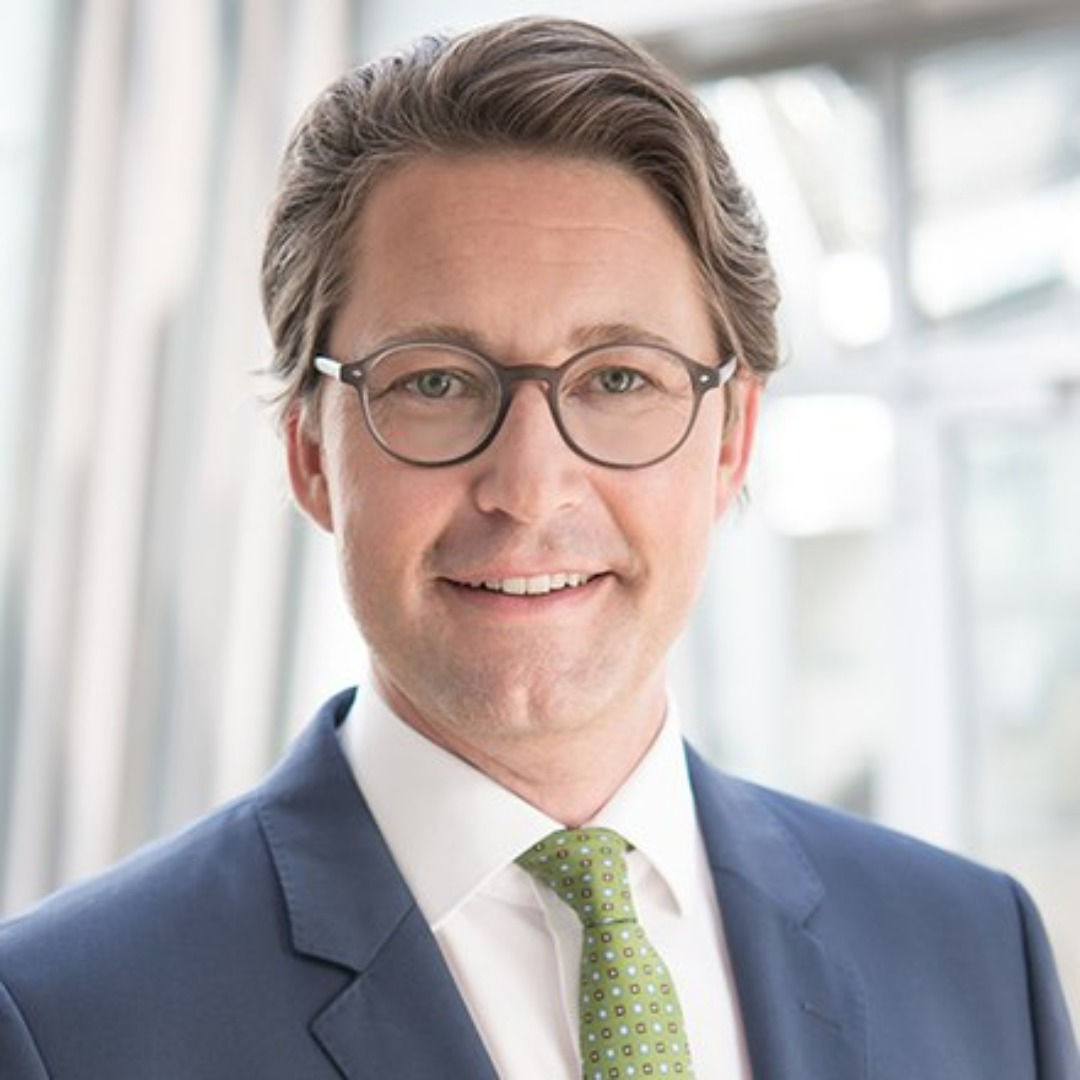 Andreas Scheuer is a German politician of the Christian Social Union (CSU) party. From March 14 2018 to December 8 2021, he was the Minister of Transport and Digital Infrastructure.

Besides the political field of air traffic, the Federal Ministry was also responsible for the fields of rocket and satellite technology. From December 15 2013 to March 13 2018, Andreas Scheuer was Secretary-General of the CSU. From 2009 to 2013, he was Parliamentary Secretary of State in the former Federal Ministry for Transport, Building and Urban Development in the Merkel II Cabinet. He has been a member of the German Bundestag since 2002. In 2016, he was also elected district chairman of CSU Lower Bavaria. Scheuer was born in Passau and completed high school there in 1994. In 1998, he completed his first state examination in teaching at junior high schools. Afterwards, Scheuer achieved a master's degree in political science, economics, and sociology at the University of Passau in 2001. In 2004, he completed a PhD at Charles University Prague. Between 1998 and 1999, he worked as an personal assistant to Minister-President Edmund Stoiber of Bavaria. From 1999 to 2001, Scheuer served on the Junge Unions (JU) national board. From 2001 to 2003 he was a member of the JU board in the state of Bavaria. In 2002, he was also elected into the Passau city council.