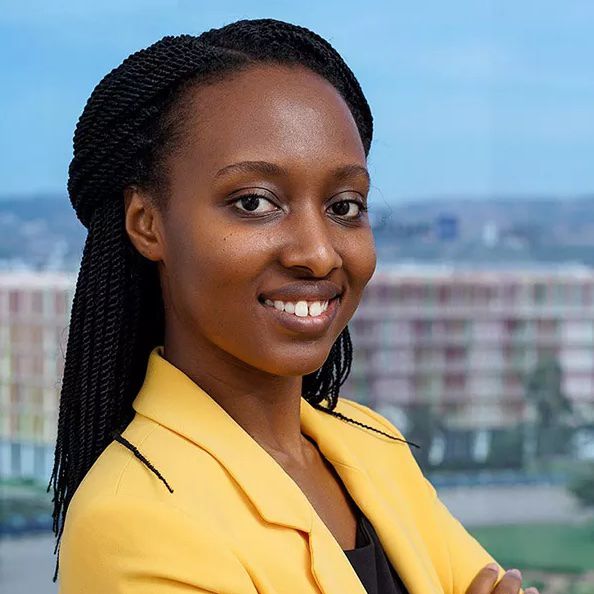 Clarisse is the Chief Executive Officer of HeHe, a leading technology company she founded 10 years ago. HeHe’s vision to enable Africans to live a life of abundance by optimizing supply chains to match demand and supply. HeHe is now the largest e-commerce business in Rwanda, digitizing over 200 businesses, and serving 2 million consumers.

Since 2016, Clarisse has also served as a member of the African Development Bank’s Presidential Youth Advisory Group that provides an important platform for the Bank to hear directly from young changemakers on ways to harness the skills, talents, and ideas of Africa’s youth. She advises on issues relating to the Future of Work, in line with the Bank’s vision is to build inclusive and transformative African economies where young people across different countries, socio-economic strata, rural-urban divides, gender, and age groups have access to productive, sustainable opportunities for employment and entrepreneurship. In 2019, Clarisse was appointed to the United Nations Conference on Trade and Development (UNCTAD) as an eTrade for Women Advocate, an initiative aimed at harnessing the positive impact of digital technology, combined with the transformative power of female entrepreneurship to help accelerate wealth creation and poverty reduction in developing countries. Clarisse was also recently appointed to the Africa Climate Foundation’s Advisory Council alongside four of Africa’s leading thinkers in the field of energy, development economics, industrial policy and trade, agriculture, gender and social inclusion and the role of technology. For her work, Clarisse has won several accolades including Forbes 30 under 30 for 2015 and 2016. In 2013, the First Lady of Rwanda recognized her as one of the Imbuto Foundation's "Celebrating Young Rwandan Achievers". In 2017, she was named as one of OkayAfrica's 100 Women.