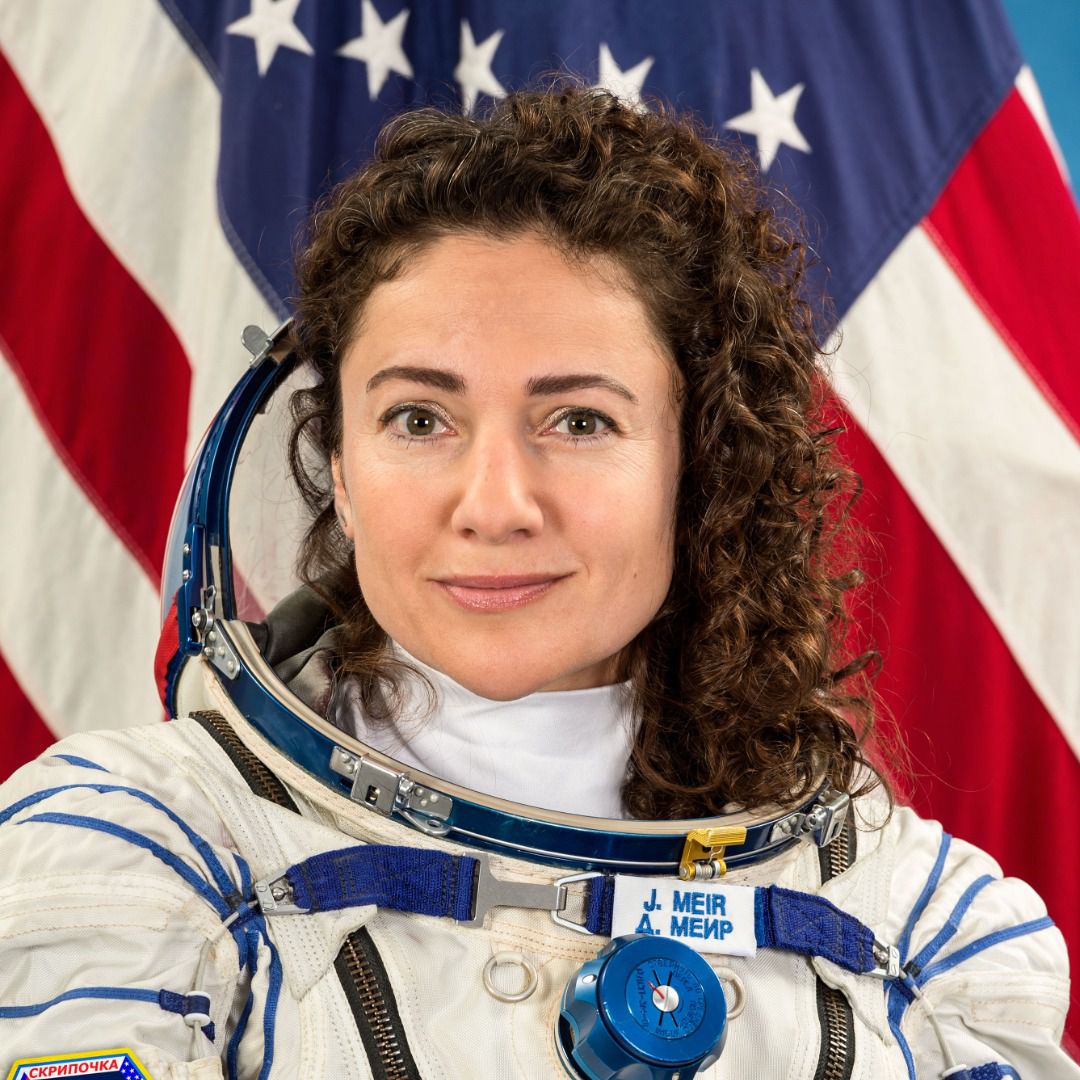 Dr. Jessica Meir was selected by NASA in 2013 and launched to the International Space Station in late 2019 for a 205-day spaceflight. Jessica - one of Time Magazine's 100 Most Influential People of 2020 - holds a Bachelor of Arts in Biology from Brown University, a Master of Science in Space Studies from the International Space University, and a Doctorate in Marine Biology from Scripps Institution of Oceanography (UCSD).

From 2000 to 2003, Jessica worked for Lockheed Martin’s Human Research Facility, supporting human physiology research. During this time, she also participated in research flights on NASA’s reduced gravity aircraft and served as an aquanaut in an underwater habitat for NASA Extreme Environment Mission Operations (NEEMO). Prior to becoming an astronaut, Jessica’s career as a scientist saw her undertake post‐doctoral research at the University of British Columbia, before moving into the position of Assistant Professor at the Harvard Medical School/Massachusetts General Hospital. Her primary focus was on the physiology of animals in extreme environments, having conducted field research on emperor penguins in Antarctica and studied bar-headed geese in their migration over the Himalayas. She has also taken part in Smithsonian Institution diving expeditions to the Antarctic and Belize, and has been very active with scientific outreach efforts. Jessica most recently served as flight engineer on the International Space Station for Expedition 61 and 62. On October 18, 2019, Jessica and Christina Koch were the first women to participate in an all-female spacewalk. She currently serves as the Assistant to the Chief Astronaut for Commercial Crew (SpaceX). Jessica’s recreational interests include skiing, hiking, running, cycling, soccer and SCUBA diving. She is a private pilot and is conversational in Swedish and Russian.